This is a Punch and Judy Man – sometimes referred to as The Professor.  A Punch and Judy show is a one man performance in a booth, often by the seaside, with glove puppets.  One man works the puppets, does the voices and makes the sound effects.

It’s been a bastion of entertainment in for many a year and can be traced back to 1662 and Covent Garden when the show was very bawdy.  Mr. Punch has his origins in Italy and he’s also been seen in America, France and Ireland.  It was in the later Victorian period, the shows became more aimed at children and families.  Later, the shows became more specialised, instead of appearing on every street corner and every pier Punch and Judy went to special events like fairs and birthday parties.

Punch wears a brightly colored jester’s motley and sugarloaf hat . He is a hunchback whose hooked nose almost meets his curved, jutting chin. He carries a large slapstick, which he freely uses upon most of the other characters in the show. He speaks in a distinctive squawking voice. 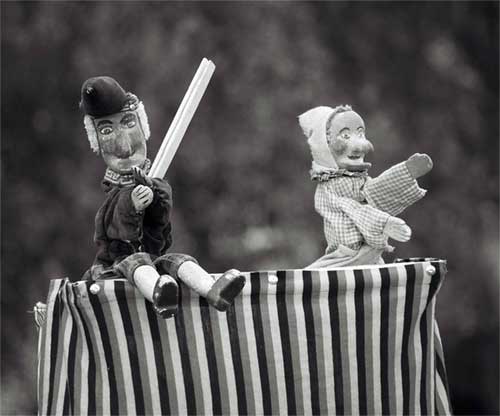 There are other characters, a baby, a crocodile and a policeman.  Characters come and go with the times these days there’s even a health and safety inspector, you can bet he gets a good slapping by Punch, but the hangman seems to have gone the way of capital punishment.  Judy is the show’s significant other.  Mrs. Punch has to make do with verbal abuse and domestic violence.  In fact the baby gets kicked around as well and Mr Punch is often on the receiving end of his wife’s ire.

So, Mr Punch – not only a wife beater, but one who tends to get away from it because he dates from an era when this sort of thing was more acceptable?  A family whose entire interaction is based on violence?  Not a healthy model for young audience.  The counter argument goes that Punch represents a grotesque view of family life just like The Simpsons does – perhaps Tom and Jerry would be a better analogy.  The violence is not real and is intended as slapstick.  In any case, the high water mark of political correctness has come and gone and now there’s just not the same level of criticism of un pc behaviour.  Twenty years ago, this kind of humour was frowned upon but fads change and Mr Punch always comes back.  He may have been arrested, killed and sent to heaven during the shows but he’s still here. 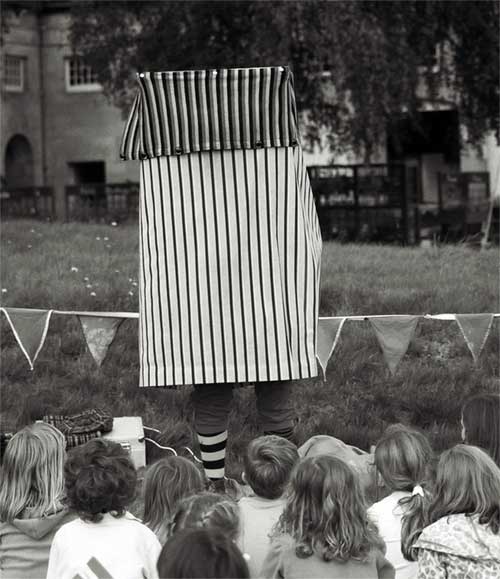 Wife beater or comedian, the audiences are still there and young minds are still watching and they are taking it all in.

7 thoughts on “Domestic Violence for Children” 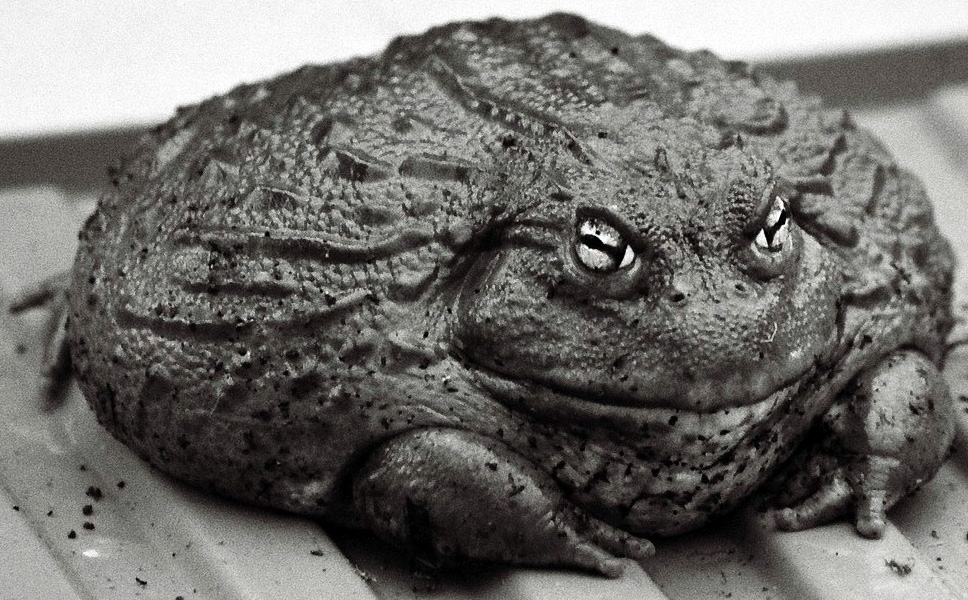